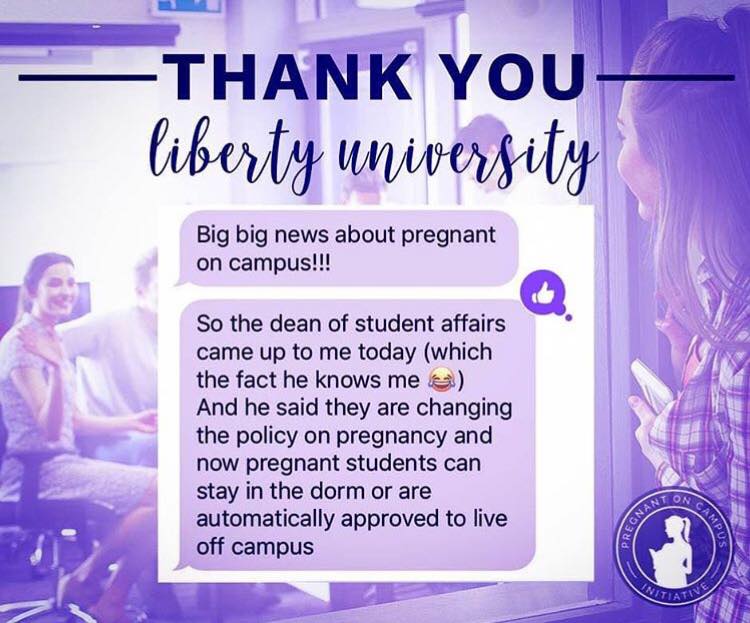 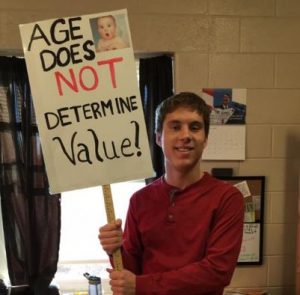 Wubba
I am a student at Liberty University, and our pro-life group changed campus policy to allow pregnant students to stay in the dorms if they so choose.

Previously, our code of conduct was ambiguous; all it said was that students who engage in sex that results in pregnancy should “self-report their wrongdoing.” When I looked for clarification, everyone I contacted ignored me or sent me to a different office.

Fast-forward six months to Fall 2017 at a university-wide townhall. My question was: “What is Liberty’s policy if a student becomes pregnant in regard to discipline and housing?” After 10 seconds of awkward silence, I was basically told pregnancy is handled case by case.

Afterwards, two individuals high up at Liberty privately explained that women cannot remain in a dorm room once they discover they are pregnant, as to “protect the health of the women and the unborn baby.”

There were families set aside from Thomas Road Baptist Church who were willing to take in pregnant students. However, not everyone wants to leave their hallmates and go live with strangers. I began to realize that at the world’s largest Christian university, it is easier to have a secret abortion than to choose life.

After more calls, visits, and emails that went nowhere, I did some research. I realized that Title IX made it illegal for colleges to prohibit pregnant students from living in the dorms.

I read the letters between Liberty and the Department of Education which I found on SFLA’s website. I am not a lawyer, but it seemed Liberty is only exempt from the abortion parts of Title IX (which is awesome).

On my second visit to the Title IX office, after several calls and emails, the head of the department told me that “my concerns had inspired conversation higher up than her.” In hindsight, this was encouraging information. However, at the time, it seemed like another cop out.

With another townhall on the horizon, I gathered the letters between Liberty and the Department of Education, read the Title IX regulations, quoted what the letters said, and explained our current policy. Afterwards, I asked, “In light of all this, doesn’t Liberty’s policy discriminate against pregnant students?” The panel answered that they cannot discuss legal issues.

Two weeks later, the Dean of Students came up to me randomly and asked if I was with Students for Life.

He then proceeded to tell me that the policy regarding pregnant students would be changed. As of Fall 2018, pregnant students are permitted to stay in the dorms, should they choose. Further, they can also be automatically approved to live off-campus.

When a young woman faces an unplanned pregnancy, Christians should support her, not evict her from her housing. Thank you, Liberty University, for supporting women who choose life.