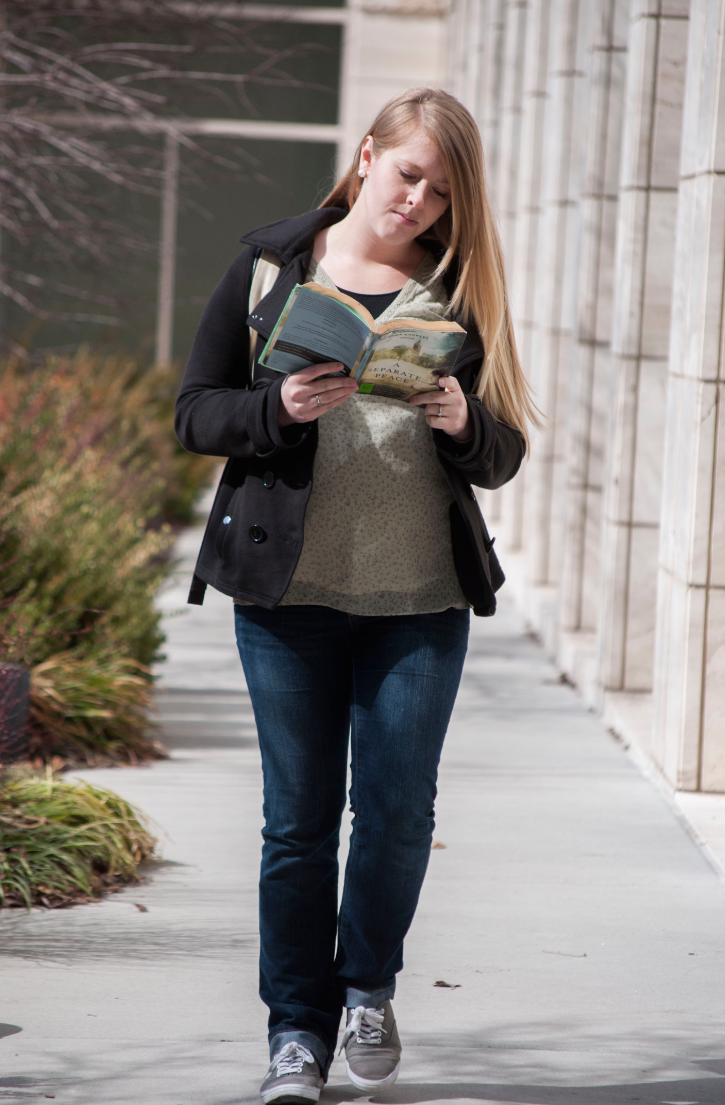 The following article was originally posted on The Daily University on March 12, 2013 by Erynn Kerrigan. See article here. 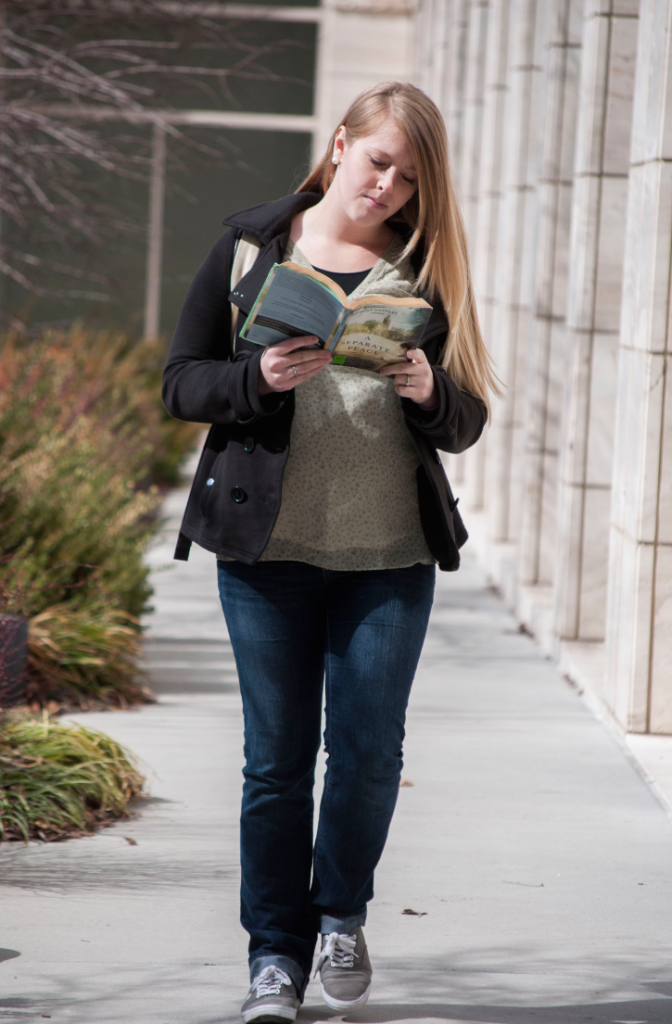 Kassi Van Vleet tries to balance her pregnancy with her schoolwork. (Whitnie Soelberg, The Daily Universe)

Wake up, rush to the restroom. The joys of morning sickness. Wobble off to class and sit uncomfortably. Head to work. Come home exhausted for a good night’s rest.

Being a pregnant student can be a difficult task, but many are up to the challenge.

Laura Black, a BYU senior, mother of an 18-month-old and also 31 weeks pregnant with her second child, described her feelings of juggling pregnancy and school.

“It’s harder than I thought it would be,” Black said. “I don’t think I could’ve done it at another school.”

“I can’t be sick with another child,” Black said.

Despite the difficulties and the desire to be a good mother and a good student, Black is realistic with her school work and prioritizes.

Finding time to do homework is not the only difficulty associated with pregnancy and attending school. For some women, food cravings during pregnancy have been hard to manage with classes and crazy schedules.

Kassandra Erickson, a BYU senior who is 22 weeks pregnant, said having food cravings and being so tired — two of the several effects of pregnancy — can be challenging while going to school.

“I am always craving carbs — like pasta and things like that — and so going to school makes it hard to find time to give into any cravings,” Erickson said in an email.

Finding the time to eat is also difficult, because hormonal changes in a woman’s body usually amount to the need to eat every two to three hours.

“It is hard to make time to eat,” Erickson said. “I just make sure that I pick something up on campus or come home and eat when the time is right. I work at the MTC at night and will usually not eat dinner until about 8:30 or 9 p.m. But I just have to do my best with the time I’m given.”

Stephanie Wilson, a BYU senior who is 30 weeks pregnant, brings snacks such as grapes, crackers, broccoli and carrot sticks to school. She tries to snack in classes where she is allowed to eat. Wilson also mentions another aspect of pregnancy: a kicking baby. Feeling her baby kicking her ribs or stomach during class can be quite distracting.

“Now more than ever, she’s moving and alive and kicking,” Wilson said. “Anytime she wants to.”

Aside from all the morning sickness, tiredness and food cravings, going to school at BYU while being pregnant attracts attention.

“It’s a good conversation starter,” Wilson said. “It’s funny when people say, ‘What, you’re that far along? You don’t look like it,’” to which she laughs and says, “Yeah, I do.”

Not only does a growing stomach attract attention around campus, but dealing with the stereotype of being pregnant at BYU is another concern.

“When people accuse me of being a stereotype, to be honest, I feel like it’s what I should be doing right now. It’s God’s plan for me,” Wilson said. “This is what we (Wilson and her husband) were supposed to be doing. So if I fit into a stereotype, then so be it.”

All three women emphasize the importance of prioritizing, keeping it simple and not getting too overwhelmed.

“It’s definitely possible,” Black said. “But don’t kill yourself. Make sure you take care of yourself.”